As most of our members know, Don Feeney is the "Founding Father" of The Villages Billiards Club.  So let's take a few minutes to learn a bit more about the man known simply as "The Preacher"...

Born in Juliet, IL on August 7th, 1928, Don was the second of five children of Robert Feeney and Josephine (née Sing),  He lived on farms there until 4 years of age, then moved to the small farming town of Channahon, IL where he attended 1st and 2nd grade.

Don moved to Joliet in 1936.  After graduating Joliet Township HS in 1946, he enlisted in the Army, spent 6 weeks of basic training at Fort Knox, then served in Korea for 16 months.  After the Army Don did factory work, studied at Illinois Institute of Technology in Chicago and received a degree from Joliet Junior College in 1951.

He was then employed by Commonwealth Electric, the local utility company, until he retired in August of 1983 as a Senior Marketing Engineer.

Don "Chris" Crisman, owner of Chris's Billiards in Chicago, said, "To play pool you need the opposite of muscle, you need a delicate touch, a fluid control motion, and a sense of timing. Don has it all.  He's the only guy I've ever seen who can play pool in the morning, billiards in the afternoon and snooker in the evening . . . and win at all of them. Each of those games requires different stroke control, different cue control. He adapts to it all."

His adapting skills were honed early. He began playing pool at the tables in The Hub Bowling Alley in Joliet where he worked as a pin setter when he was 12.

"I wasn't a husky guy so I had to learn to jump up onto the pin setters with both feet to get the pins to come down. My dad asked me if the work was too hard for me and I told him it was fine because the owner let me shoot pool when I wasn't working."

Don spent hours during high school watching players at Jones' Pool Hall and Pete's Pool Room in Joliet.  By the time he was 20, he could run 100 balls.

He married Audrey Billquist on October 6th, 1956 in Joliet 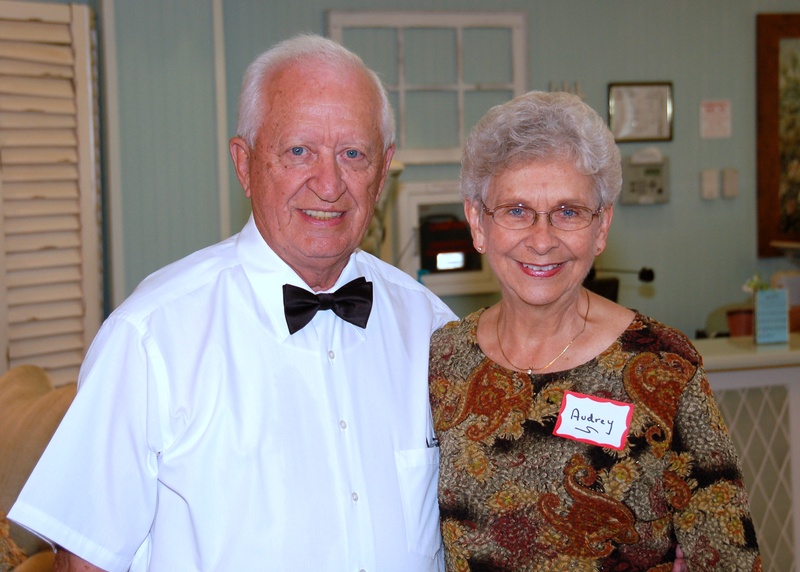 Audrey said: "When we looked at the house in Naperville, I don't think we even stepped into the kitchen. We went straight downstairs to see if there was going to be room for Don's pool table."  There was -- although playing pool was relegated to pastime status for Don while his family was growing up.

Shari J. Stauch, editor of Pool & Billiard magazine, Glendale Heights, said, "Family always comes first with Don. Of course, his love of the game is unsurpassed. I think he must know about 150,000 ways to aim a ball. And, if you let him, he'll be happy to explain all of them."  His eagerness to explain led to the inevitable -- his nickname.

Harold L. Simonsen, publisher of Pool & Billiard magazine, said, "When I met Don in 1976 at Swank Pool Hall in Glen Ellyn, he was nickname-less. One day he was playing a guy who wasn't good enough to beat him. So Don started to do what he usually does in that case. He made a few suggestions to his opponent -- politely, you know, explaining in detail. I said, `Don, you're such a preacher.' He laughed. The name stuck. It suits him. Preachy, but not pushy."

In 1984 Don played in the World Amateur Snooker Championship, a very prestigious annual tournament involving 2 players from 36 countries and hosted in Ireland.  The venue was The Grand Hotel in Malahide near Dublin.  In his first match against Tom Finstad from Canada, Don played so well that the four referees told him afterwards "If the match were to start tomorrow, we would pick you to win!"

His daughter, Peggy Sorensen, is among those who tell this story about him:

"In 1986, when scenes from the movie 'The Color of Money' were being filmed at Navy Pier and in Chris's Billiards in Chicago, Dad was an extra, playing a pool tournament referee. 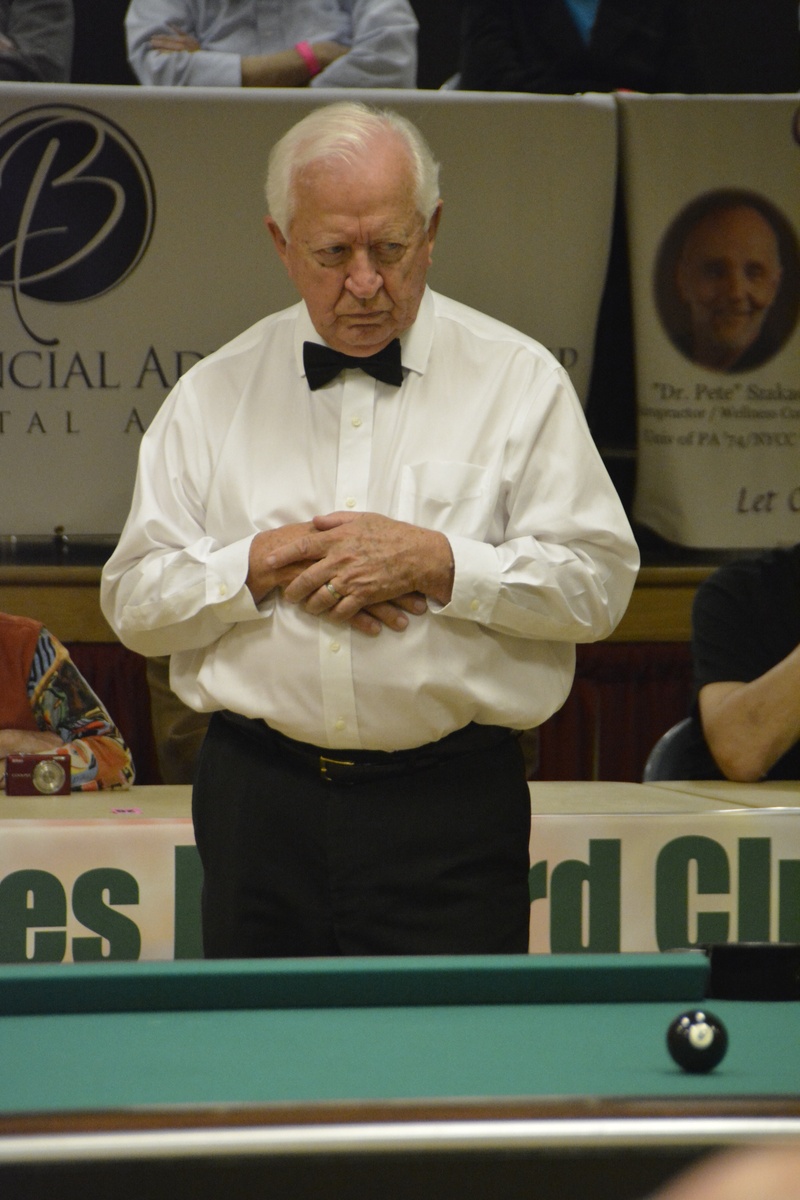 Paul Newman, playing `Fast Eddie' Felson, was signing autographs between takes and a pool fan approached. Newman assumed he wanted his autograph, but the man said, `No, thanks. I hear you can't pocket three balls in a row. I've seen Don Feeney run 100, and I've already got his autograph.' "

No faint praise for a retired electrical engineer who never tried to turn his love of cue sports into a career.

Not bad for a fellow who joined the three-man Chicago team that won the 1990 International Snooker League championship in Spain. In 1994, he joined the United States team which won again, this time in snooker-loving England, where the game not only originated but also where snooker rivals soccer as the favorite spectator sport.

Also, not bad for a guy who does his best to keep a low profile and turned down endorsement offers related to winning an international title. He doesn't publicize his eight instructional videos. He's not even sure how many trophies he has won in pool, billiards and snooker (more than two dozen). 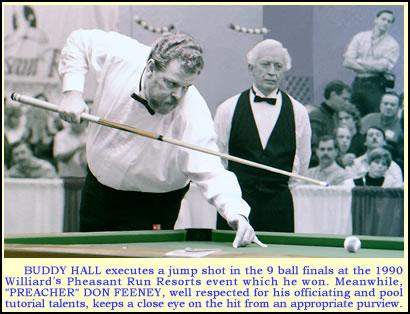 He wore a tuxedo for tournament play, gently taps the cue on his ring in lieu of applause, and no sharking to distract an opponent's shot.

His gallantry extends to his fellow players.  Michael Collins of Palos Park, founder and executive director of the U.S. Snooker Association, said, "During the 1994 U.S. Amateur National Championship at Pockets in Aurora, Don took third, edging out Jim Schnick, who played despite a recent, near-fatal car accident that resulted in 300 stitches in his left arm. Afterward, without an audience, Don privately gave his trophy to Jim."

Preacher means it when he says, "Billiard games are so beautiful. Like a true sport, they should be played not for money but only for honor."

He explained, "One of my favorite mezzo sopranos is Conchita Supervia. Speaking on radio once, she said of an aria, `In that one, I sang the most beautiful note, one most beautiful note.' And she did. That one note was perfect."
"These games are like that. You want that one perfect shot, that one beautiful moment.  The games are difficult, magnificent. Many home pool tables become laundry-sorting spots because the games are complex . Everyone needs help to play."

He practices what he preaches.  Once, after playing in a tournament in New York, he returned home to find that a young man who had been watching him play had hitch-hiked to Naperville against his parents' wishes in hopes of a lesson. He let him stay two days, then gave him $300 to get home and the advice "Go back to your family. They come first. Then keep practicing."

In 2001 they sold their Naperville home and moved to the Village of Santa Domingo. Throughout Don's billiard career, he has played all over the world and taught a lot.  Many say he is the best all-around pool-billiards-snooker player in the country.

Don is also an avid golfer. 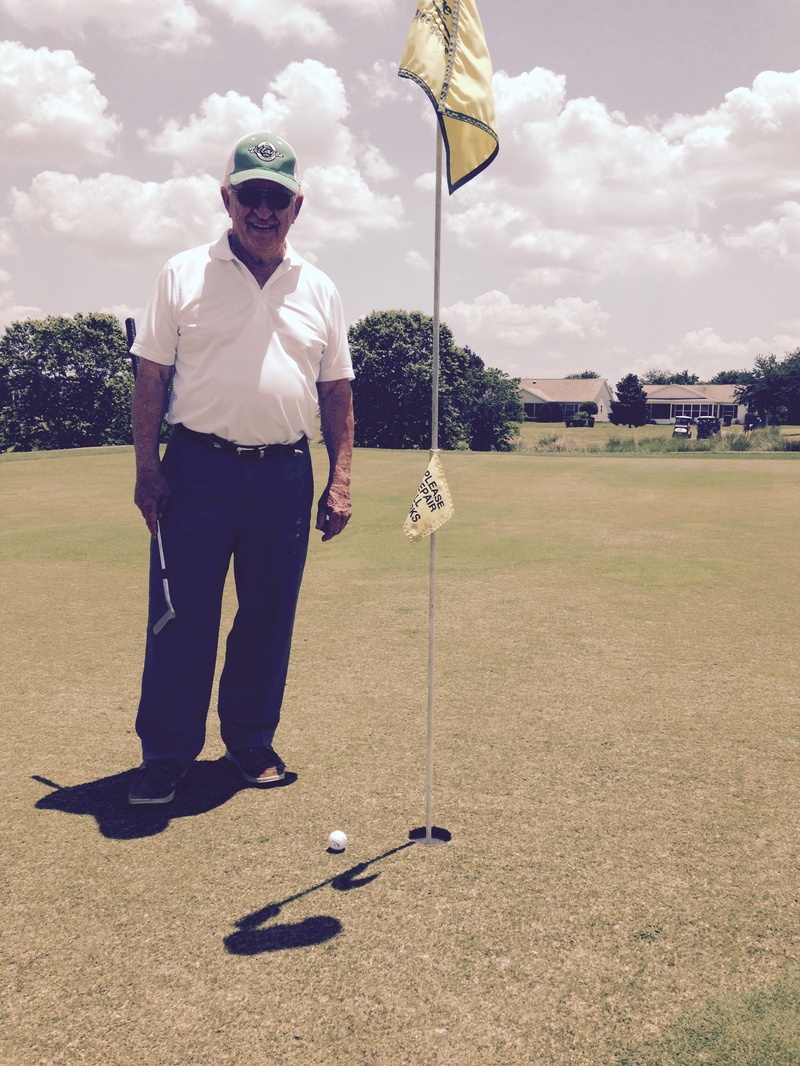 For many years he had a single-digit handicap and still can often shoot his age or better!!