2014 Men's Sportsperson of the Year

Larry Eugene Berg was born on April 29, 1938 in  Cicero, Indiana.  His formative years were spent in that area, and he graduated from Jackson Central High School in 1956 with a major in basketball.  He enrolled at Butler University hoping to get a scholarship or grant-in-aid for basketball.  Two months in, he suffered an ACL injury, which ended that endeavor.

After checking his options, he decided to volunteer for the draft. He spent​​ 2 years in the Army, finishing with a 15 month tour of duty in Korea​.

Upon his return to the states a school friend prodded him to have a double date with a work friend of hers.  Neither Larry nor Joyce were excited about this. Things went well however

After obtaining an Associate Accounting Certificate at Indiana Business College in Indianapolis, he landed an accounting job at Indiana Farm Bureau Coop, where he worked ​​​37 years, moving through the ranks and ended up, in management, responsible for setting up computer systems in many of the 92 county coops. 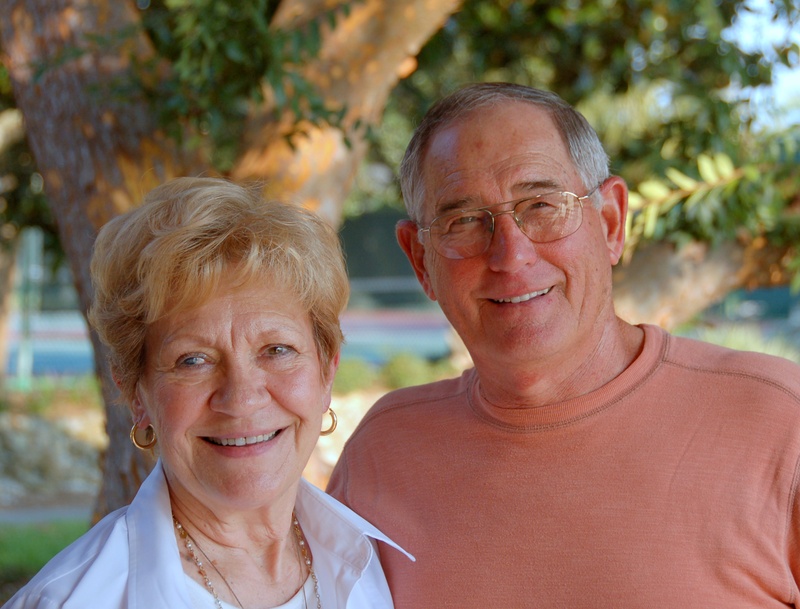 In October of that year he was recalled to active duty during the Berlin Crisis.  We packed up and moved to Ft. Bliss in El Paso, Thankfully he was never deployed and spent most of his time traveling between bases on the base basketball team.  He was discharged in August of 1962.

They welcomed Jody Diane on September 12, 1962 and  Jeffrey Eugene on December 12, 1964.  They also enjoy grandchildren Brandon and Brittany.

His interest in sports continued as he played on numerous basketball and softball teams and coached baseball and basketball teams the children were involved in.

A local chapter of the Lions Club was started in our little town of Monrovia, Indiana, and Larry served as President the first two years.  They accomplished some very good things for the school and community.  The most notable was a 4-diamond Little League complex, which is still in use today for Little League baseball and girl's/women's softball.

After retiring in 1998, we started looking at retirement communities.  When we  came across The Villages, the search was over.

We bought our home in Mallory Square and made the move in November, 2006,  Shortly thereafter, on February 2, 2007, we experienced our only tornado.  Luckily, our house was not terribly damaged, but we did have a car totaled.

He started playing an old favorite game, billiards, which he played a lot while in Korea.  He also does beautiful woodworking, crown moulding, etc. for family and friends.

Larry, supported by Joyce, has run the Sunday Night Mixed Doubles League for the past five years.  Larry also has helped Don Feeney provide all levels of billiard instruction at Canal Street Rec. Center for the past three years.

He was truly honored to be named the 2014 Sportsperson of the Year. 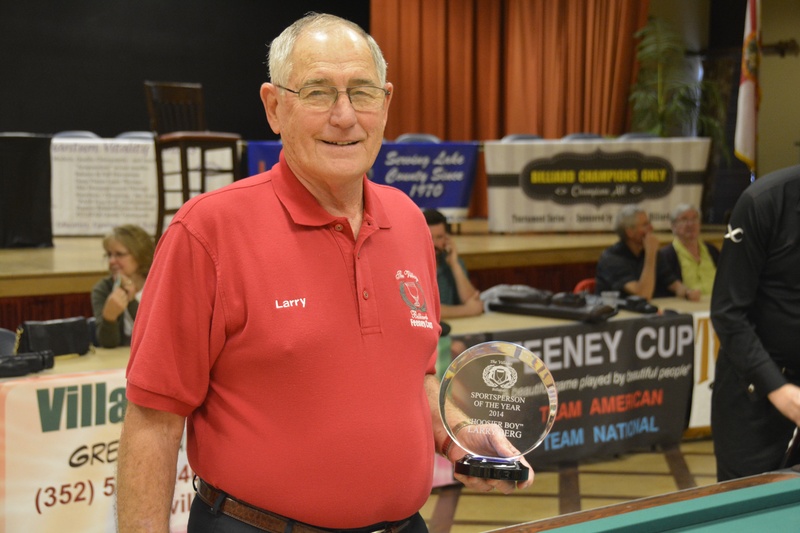