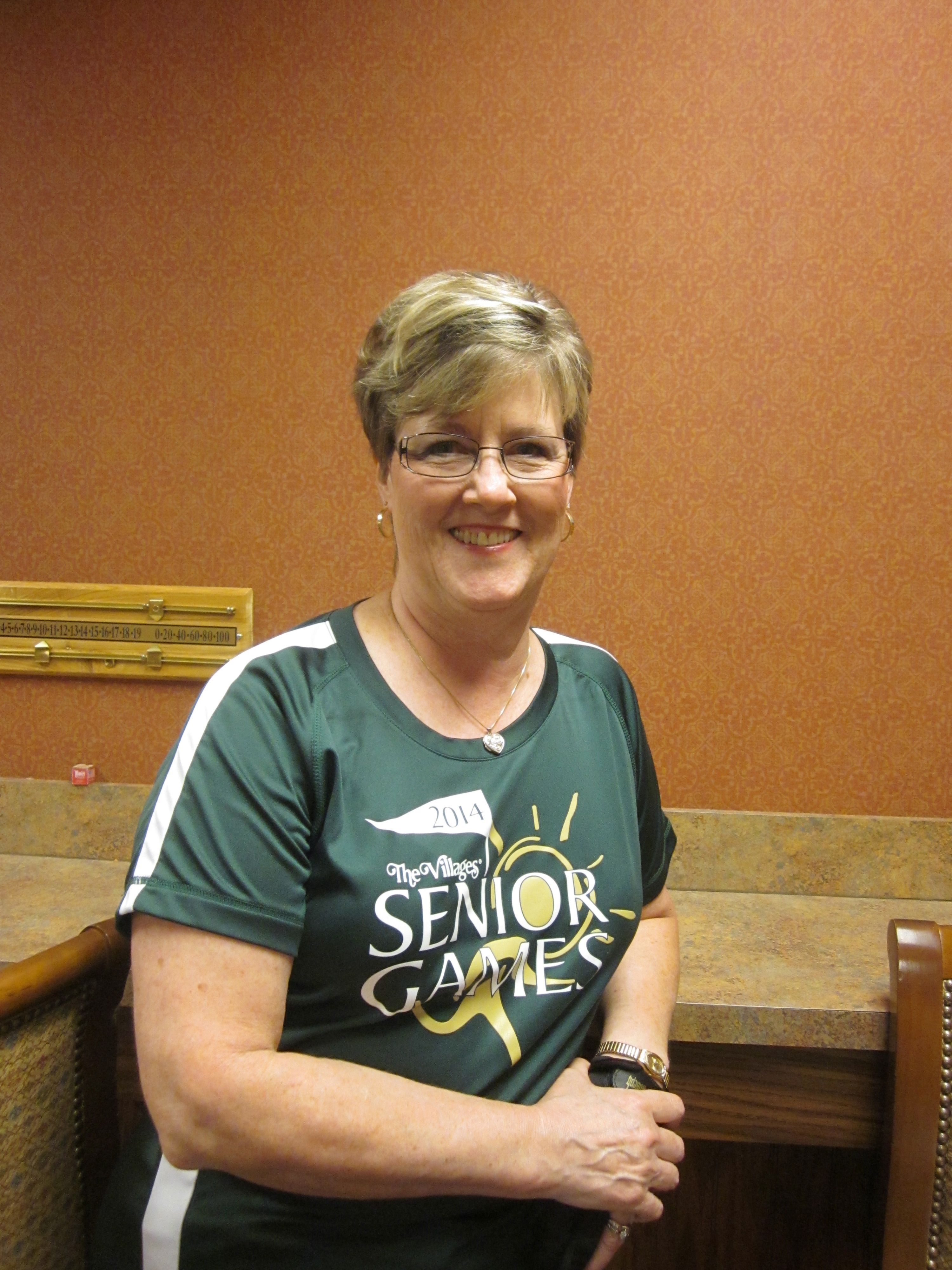 Member, Joanne Hawks says, “I believe The Villages puts Happy Juice in the water and holds back the clocks because there’s no way there are 24 hours in the day down here!”

Joanne is determined to become a “good” billiards player . She only learned the sport 2 ½ years ago and she already plays in the Sunday Night Mixed Doubles league at Hibiscus!  (Where the “Better” players play!)

She is also in the LBA summer league, the Tuesday Morning Ladies, Wednesday Advanced Ladies League and the BCA League. She says that her favorite game is eight ball, or “any game I can win!”

Joanne and her husband of twelve years, Mike, live in Chatham where they moved in 2012 with their miniature dachshund, Ralph. Her southern accent is from Greensboro, NC where she was an insurance aduster and premium auditor.

Among Joanne’s many interests are quilting, reading, cooking, dancing, sudoku and crossword puzzles, gambling, cards. She also hopes to become a good billiards and backgammon player. In her spare time Joanne makes “throw quilts” and donates them to charities and chemopatients.