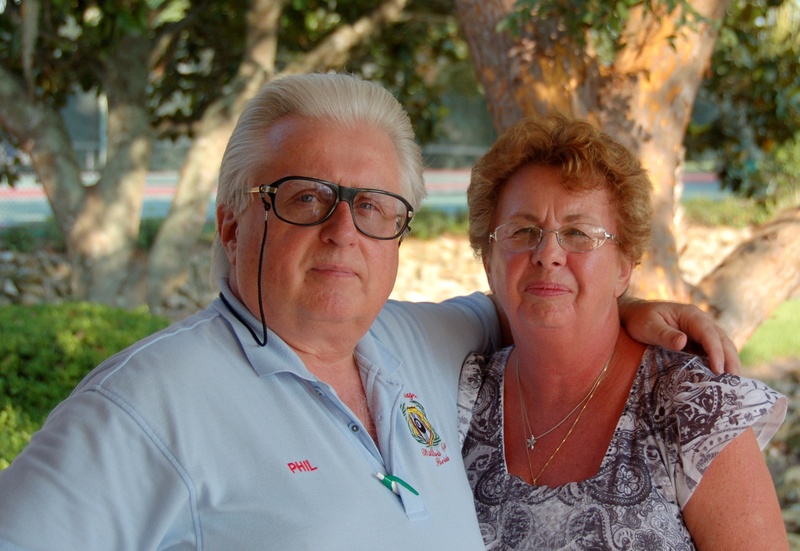 Caroline and Phil have been residents of The Villages since 2010.  They live in The Village of Virginia Trace. She is originally from Long Island, New York and he is originally from Trenton, New Jersey.  They have resided in numerous areas throughout the country as necessitated by a variety of career related opportunities and challenges.

They are the proud parents of five daughters – Kathleen, Toni Ann, Lori, Dawn Michelle and Sherry Lynn, 14 grandchildren and 6 great-grandchildren.

Phil initially was a teacher/coach, both on a high school and university level (Villanova University and West Chester State University) in the field of music education.  For 25+ years, after teaching, he exercised his entrepreneurial and management skills in various positions including Director of the National/International Music Festivals, De Angelo International Productions and Vice President of Marketing & Sales with Six Flags.  He ended his career, in the Family Entertainment Center industry, as Vice President / Managing Partner with United Skates of America.

Caroline has served in various senior level and management related capacities as related to the Amusement Park and Family Entertainment Center industries as well as supportive roles in various endeavors both prior to and while a resident in the community. Caroline also enjoys bowling, water aerobics, walking and reading.

Both Caroline and Phil are deeply dedicated to the promotion and furthering of the sport of billiards in The Villages including, but not limited to, Villages Billiards Club, LifeLong Learning College Educational program, TFC and Players Open Championship Tournament series, coordination with the Recreation Department with the Senior Games and Summer Camp program, RAC’em Newsletter, Travel Team, 2012 Summer Billiards Events, various leagues for Pool and Snooker as well as participating in numerous leagues and activities throughout The Villages.