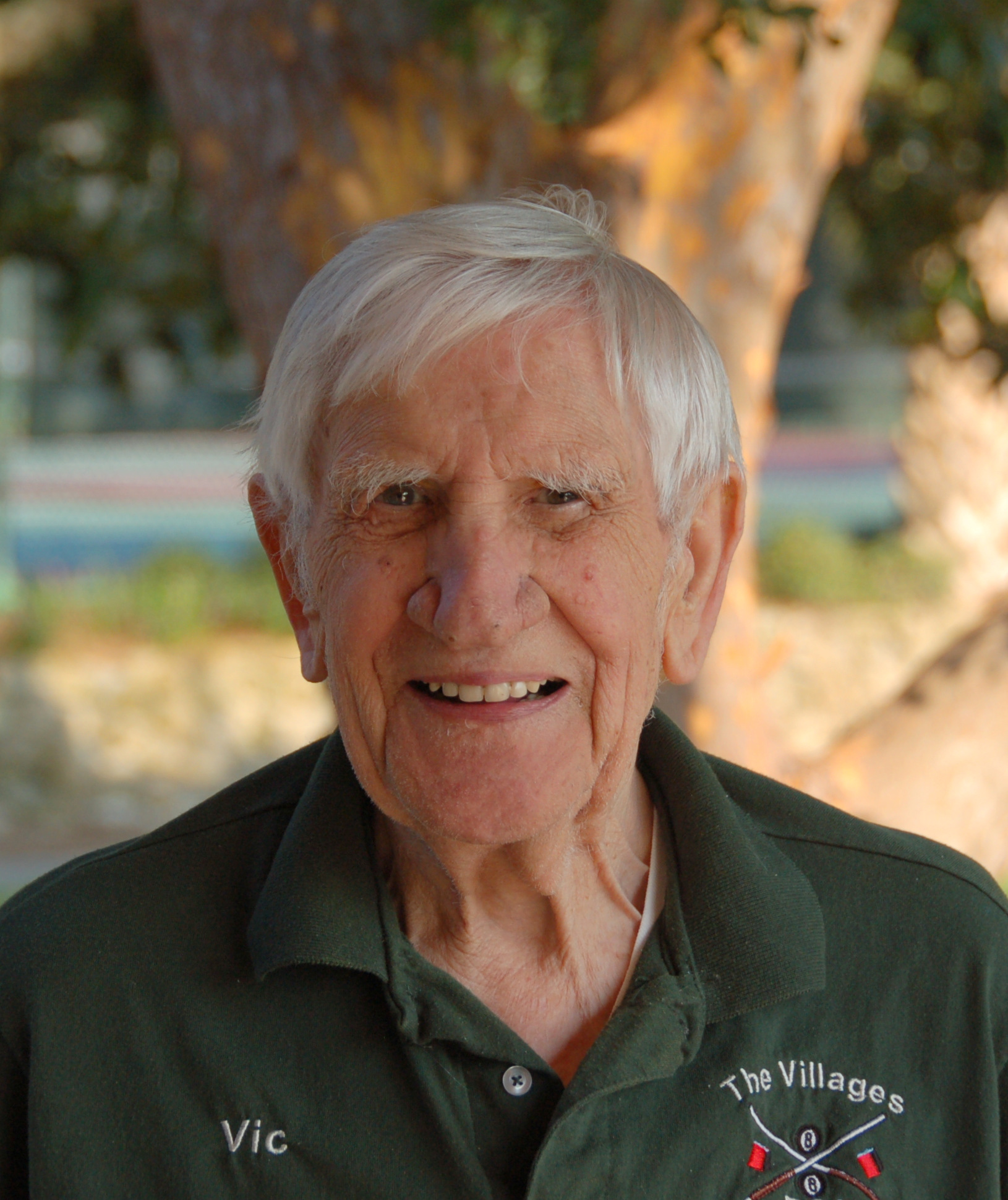 Victor Fabianich came to The Village of Rio Ponderosa four years ago from Milwaukee, Wisconsin. He was born in West Virginia on September 22, 1921. In 2012 he will be ninety one!

Victor says, “The Villages just can’t be beat - not only can I play billiards here but I can also sing karaoke.” You can often hear him sing at Paradise Recreation Center, McCalls, the Waterfront Inn, and the American Legion. He likes to sing songs recorded by Perry Como, Tony Bennett, Frank Sinatra, Eddie Arnold and Engelbert Humperdinck.

During World War II Victor served in the Air Force. Then he was a meat cutter. He also ran his own grocery store for ten years. His is proud of his three daughters, four grandchildren and four great grandchildren.

Victor is also a self taught artist. He enjoys sketching trees, icicles, and motorcycles. One of his daughters is also an artist.

Even though Victor has macular degeneration he can still play billiards. which he learned over thirty years ago. His favorite game is eight ball. He plays in the Monday League and on Wednesdays with the OBG Men’s League. Victor can no longer drive a car, but he is thankful to all of his kind friends who drive him to games and karaoke events.